Johnny Hayward is the chief diving instructor at Latchi Watersports. He is a PADI Course Director who joined our dive team at the beginning of the 2017 season. Previous to this he spent 10 years working in Southeast Asia. He proudly states he’s ‘‘all about diving, diving and more diving!’’ and adds to our professional and experienced diving team.

An early morning start, but well worth it. A trip to the world famous Zenobia Wreck! I’m with a group of 3 guys who are starting their PADI Advanced Open Water course with Latchi Dive Centre. Just after 8 am we arrive at our destination. The great news is we are the only dive group to arrive at the transfer boat, so we have the whole wreck to ourselves. Awesome!

The journey is only 10 minutes

The journey out to the wreck is only 10 minutes, so we get through our briefings and get kitted up. The water temperature is pleasant as we start our descent down the line with the full view of the Zenobia. Here is why we are all so excited to get down to the wreck:

The Zenobia is the number one dive site in Cyprus and rated among the top 10 wreck dives in the world!

She’s a 172m long Swedish roll-on roll-off ferry that sank on her maiden voyage from Sweden to Syria. She started to list off the coast of Cyprus due to a problem with the ballast tanks.

After several unsuccessful attempts to fix the problem, she sank on the 7th of June 1980. All passengers/crew were saved. However, her 135 articulated lorries went down as well as all the other cargo. She came to rest on her port side at 42m depth, while the starboard side lies at 18m.

The best features are the 2 massive propellers (one at 28m and the other at 38m). The Zenobia lifeboats are still intact and the articulated lorries still chained to the ship. There are great opportunities to penetrate the wreck through the bridge, cafeteria (the kettles are even still there), the accommodation (complete with toilets, showers, and carpets) and upper car deck. 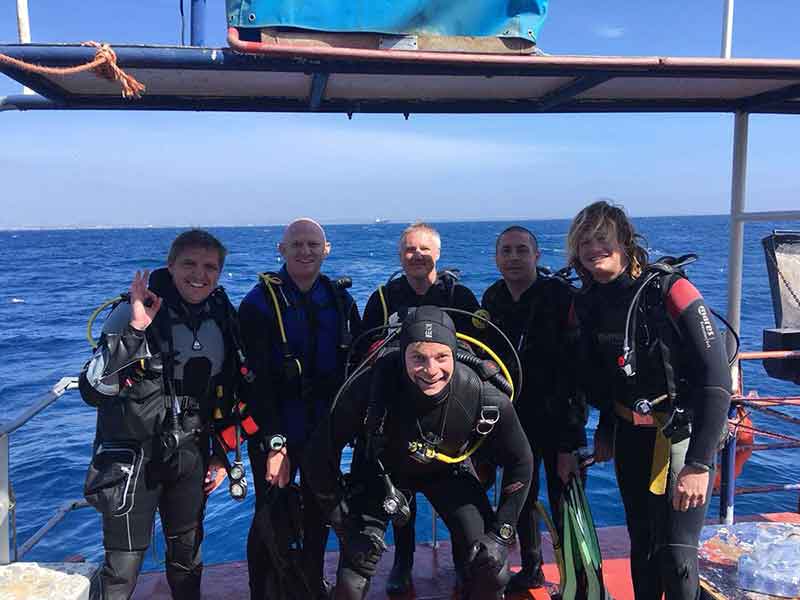 There is no fishing allowed within 3 miles of the wreck. And, it’s strictly enforced.

Therefore you get to see a plethora of marine life. Huge groupers and barracuda patrol the wreck. Along with schools of sea bream, damselfish, triggerfish and occasionally lionfish. Not forgetting the old resident turtle who hangs out around the wreck, and the moray eels that pop out to say hello!

Our diving that day doesn’t disappoint. We have 30 meters + visibility. Marine life galore from small macro life to groups of big shoaling fish, and the entire wreck to ourselves!

On the first dive, we spent our time on the bow section of the wreck. Having a look around the wheelhouse and cafeteria and then the second dive towards the stern of the wreck. Many of the trucks are still chained there, along with the giant propellers!

The boat crew treats us to a fantastic BBQ lunch after the dives. BBQ Chicken Souvla, with pasta and salad – a great feed and exactly what you want after a breathtaking morning of diving! We load up our dive gear shortly after and make for home after what was simply an amazing day of diving which should not be missed! 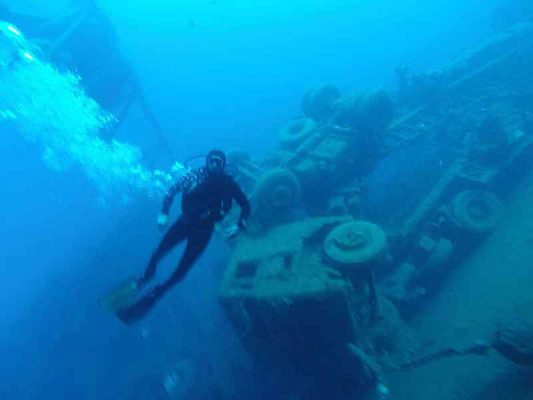 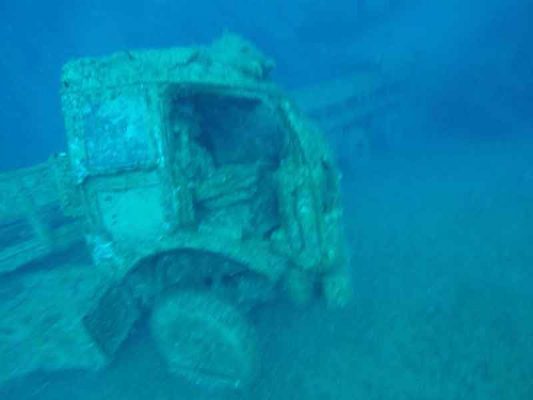 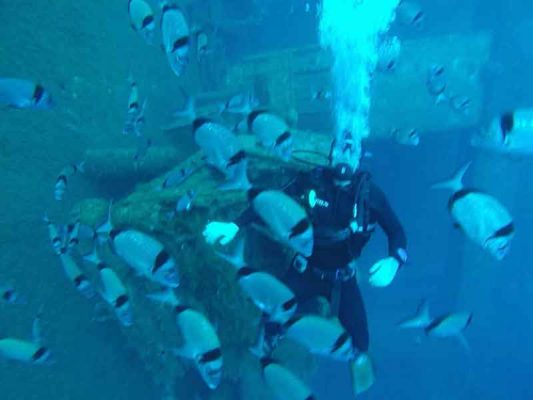 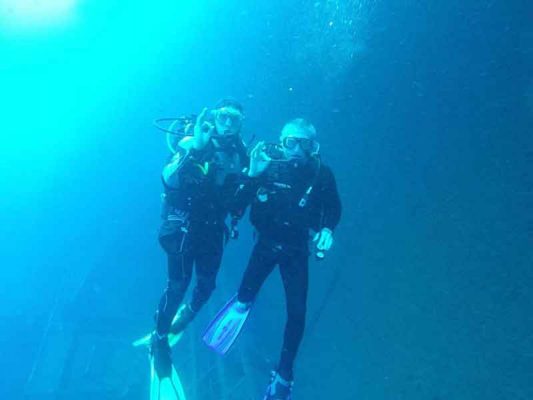 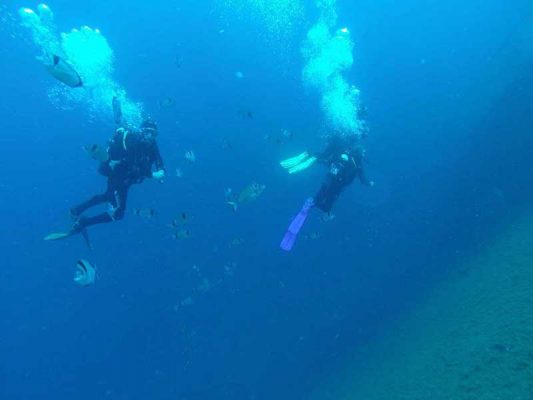 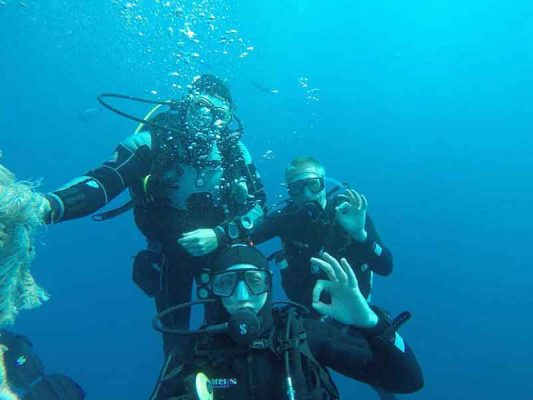 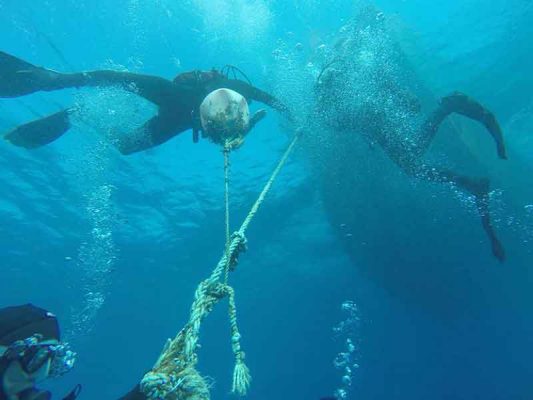 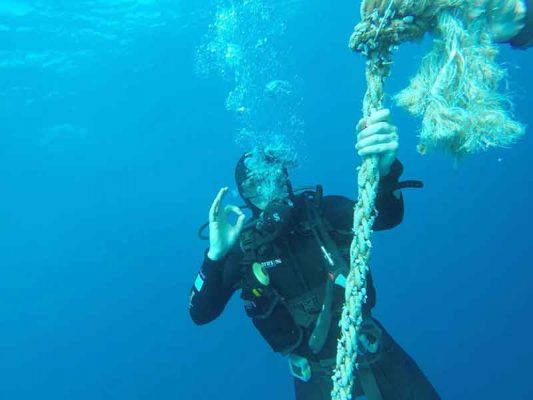 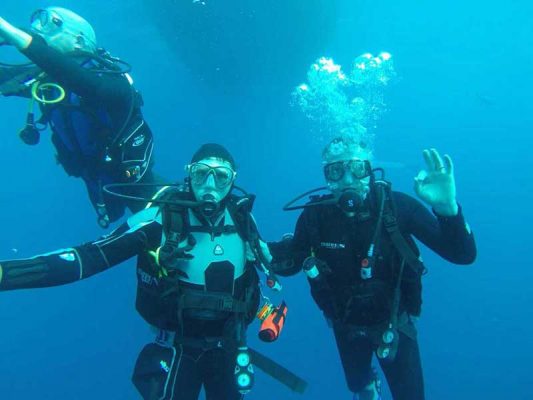 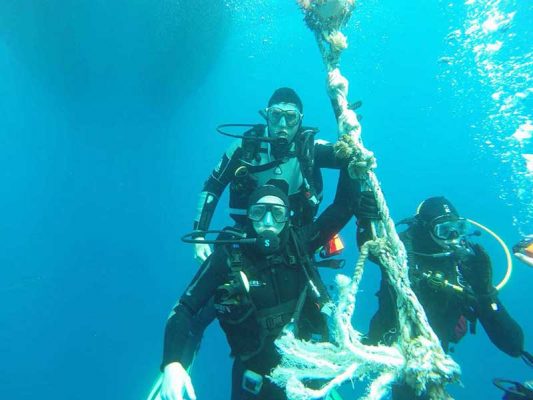 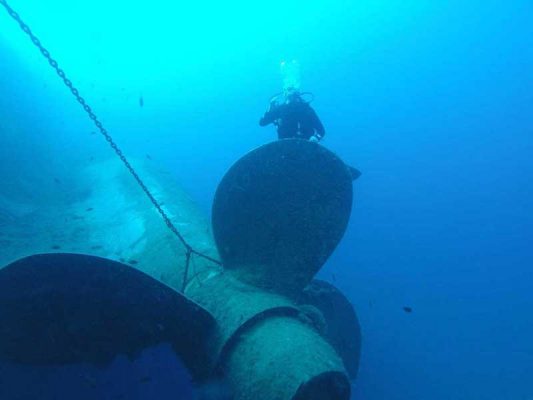 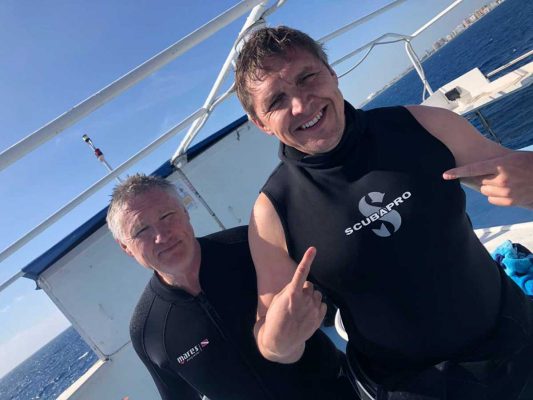 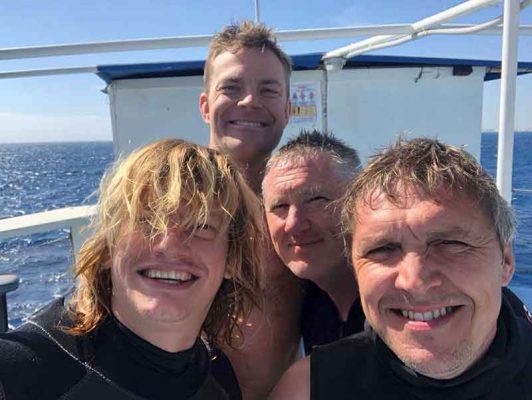 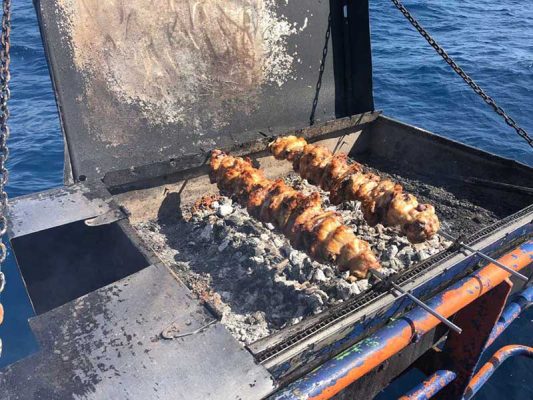 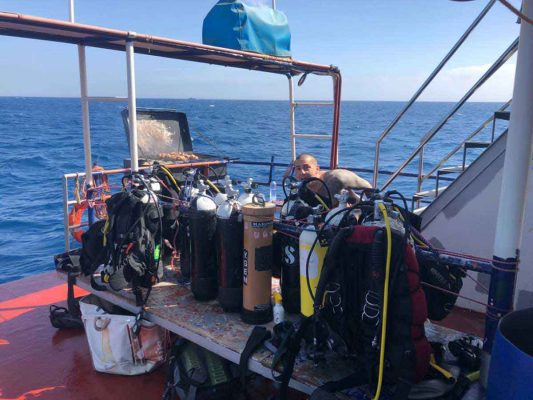 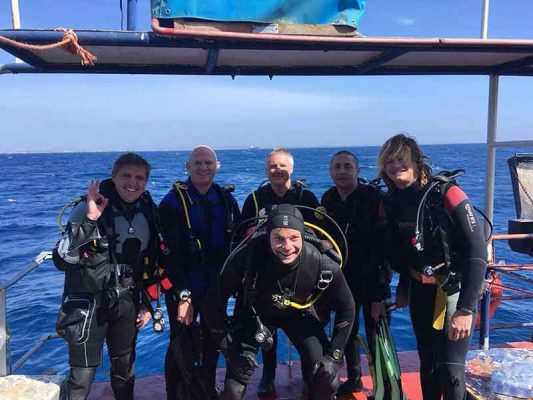 Are you planning to dive in Cyprus this year? Want to take a PADI Course?

You can complete your PADI Advanced Open Water Course, any other PADI course simply by getting in touch with Latchi Dive Centre.

We are a PADI five star Dive Centre and the premier scuba diving centre in Latchi on the North West coast of Cyprus. We have the beautiful Akamas National Park at our doorstep, other dive centres drive the length of Cyprus to dive here!